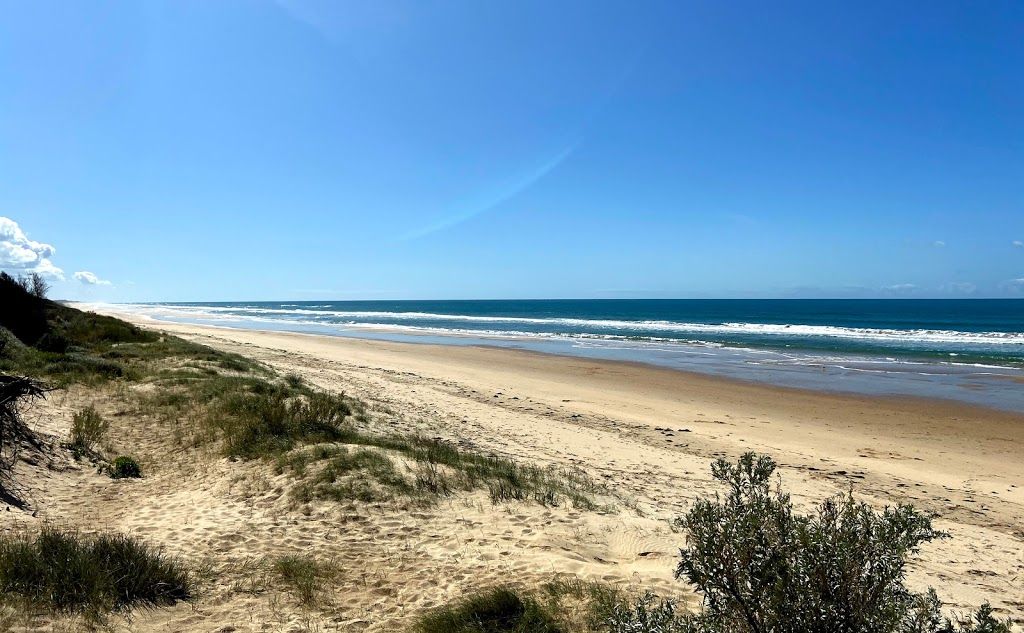 Woodside is a small town situated at the southern end of Ninety Mile Beach between Yarram and Sale and is a small farming community surrounded by many hidden gems.

In the township itself you will find the local primary school, town hall, service station come general store, caravan park, Recreation Reserve which features tennis courts and is home to the Woodside and District Football Netball Club.

Just a short drive from the centre of town is Woodside Beach, the beach is patrolled by members of the Woodside Beach Surf Lifesaving club during the summer months and hosts a Nippers program in January.

The Woodside Beach Caravan Park is situated just minutes from the beach and is a popular venue for families, surf fishers, bush walkers all year round.

Nearby Jack Smiths Lake Nature Reserve is a haven for birdwatchers.

Woodside has a number of free camping sites include Reeves Beach – on the Ninety Mile Beach and White Woman Waterhole camp site in the Mullundung Forest and excellent location for nature lovers with its abundance of wildflowers and walking tracks.

15 minutes away from Woodside, hidden in the hills to the North of Woodside is Toms Cap Vineyard at Willung.

Toms Cap is the described as the jewel in the crown of this small community offering amazing food in their restaurant and five- star accommodation in their cabins.

For a small community Woodside and its surround areas has something for everyone.

Discover more on The Middle of Everywhere App!

More travel inspiration, local updates, exclusive offers and more. Only on the app. Download for free.